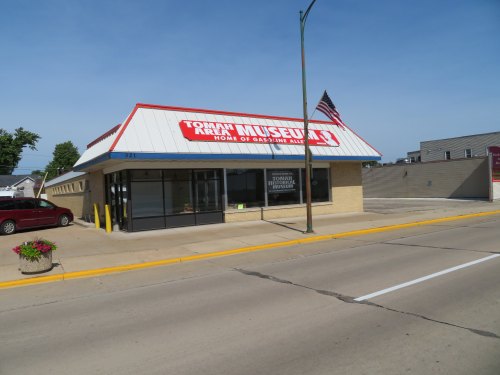 In 2019 the Tomah Historical Museum moved to a larger, more spacious, building located at 321 Superior Avenue.

The Tomah Historical Museum is a non-profit organization that collects, preserves and displays the history of the early years of the Tomah area and its surrounding communities. We work so others can remember and learn from the past, by actively collecting, preserving, and displaying items related to earlier times in Tomah and the surrounding area.

Some of the featured exhibits the museum has on display include the Frank King Collection which includes his nationally syndicated comic strip “Gasoline Alley” who the creator is Frank King and the history of Chief “Tomah” who the city of Tomah was named after.

The museum also contains other artifacts and displays based on early Tomah industries and businesses. These include the agriculture and cranberry operations, the railroad and logging years, Indian heritage and local military history, a large collection of women’s vintage hats, and much more that reflect the heritage of the surrounding areas.